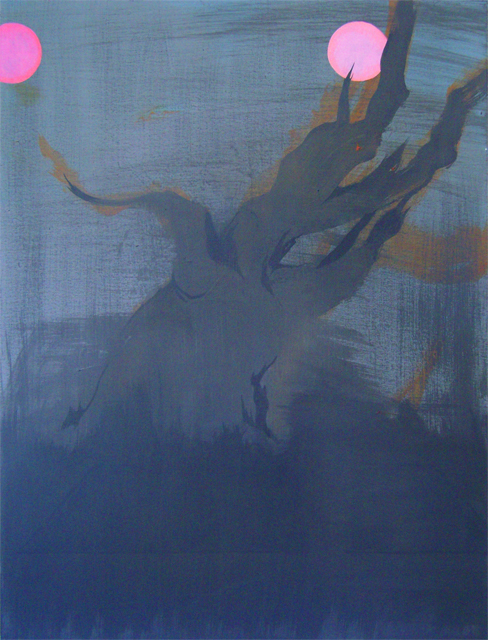 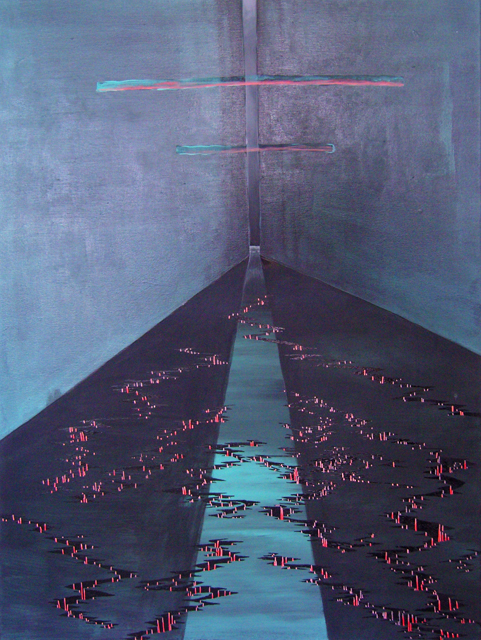 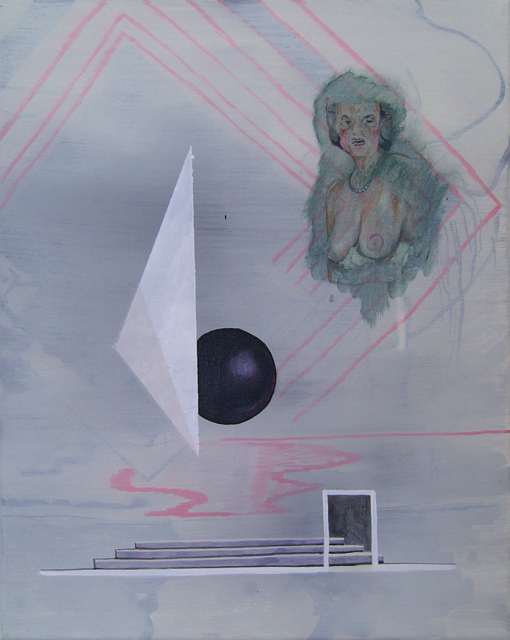 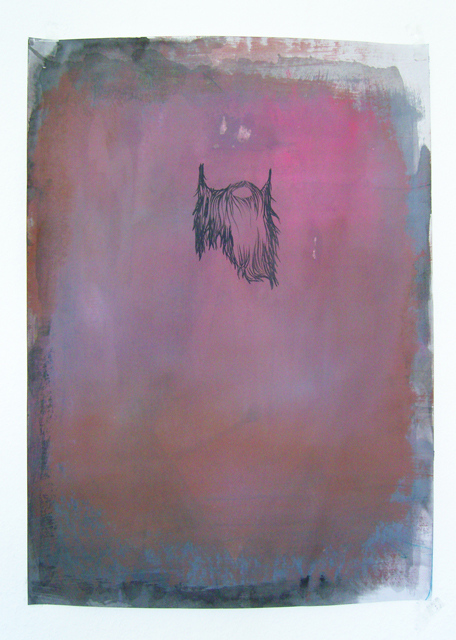 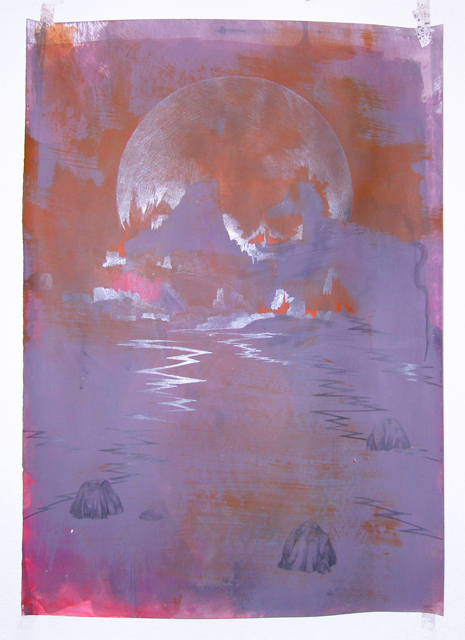 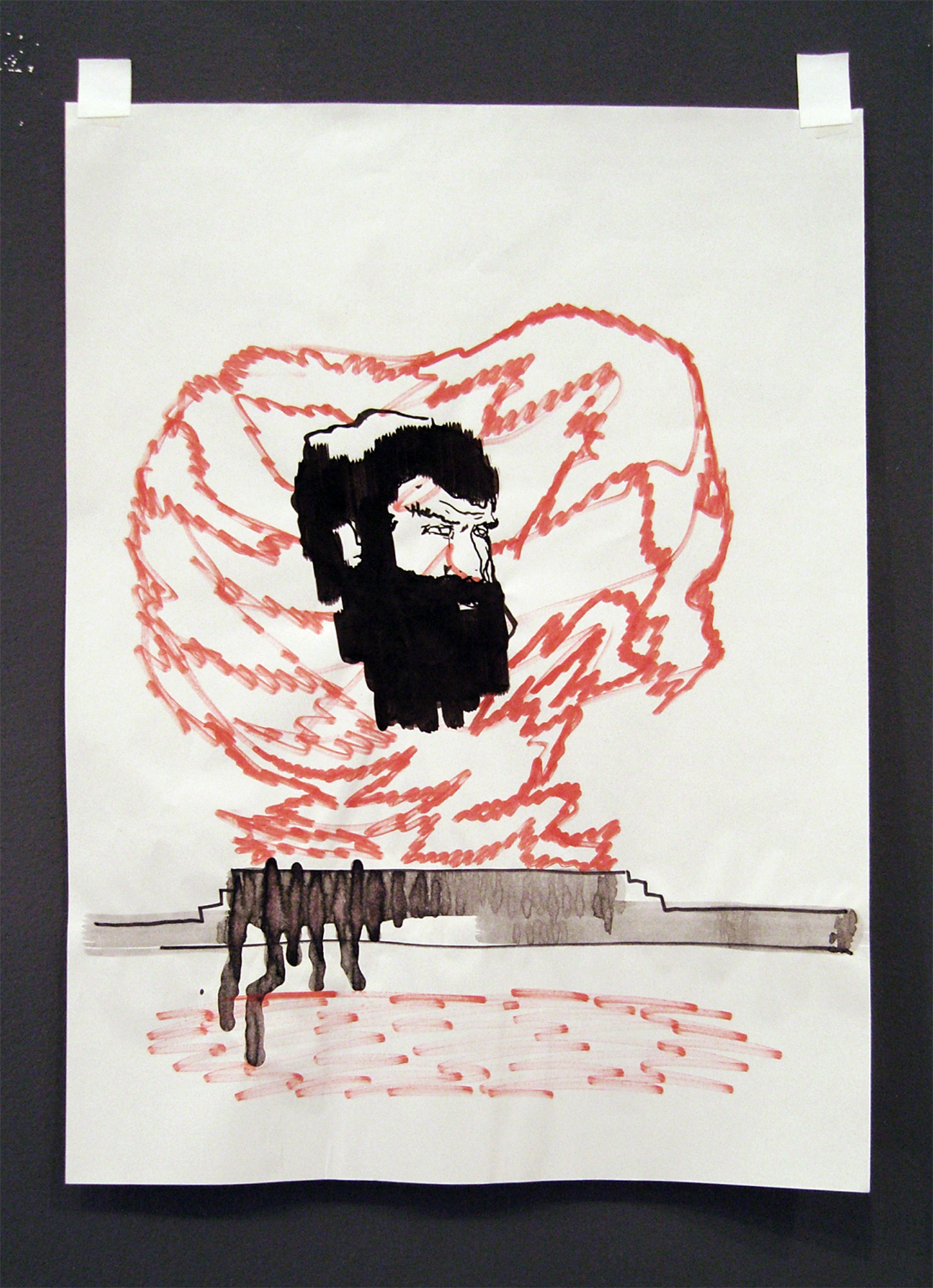 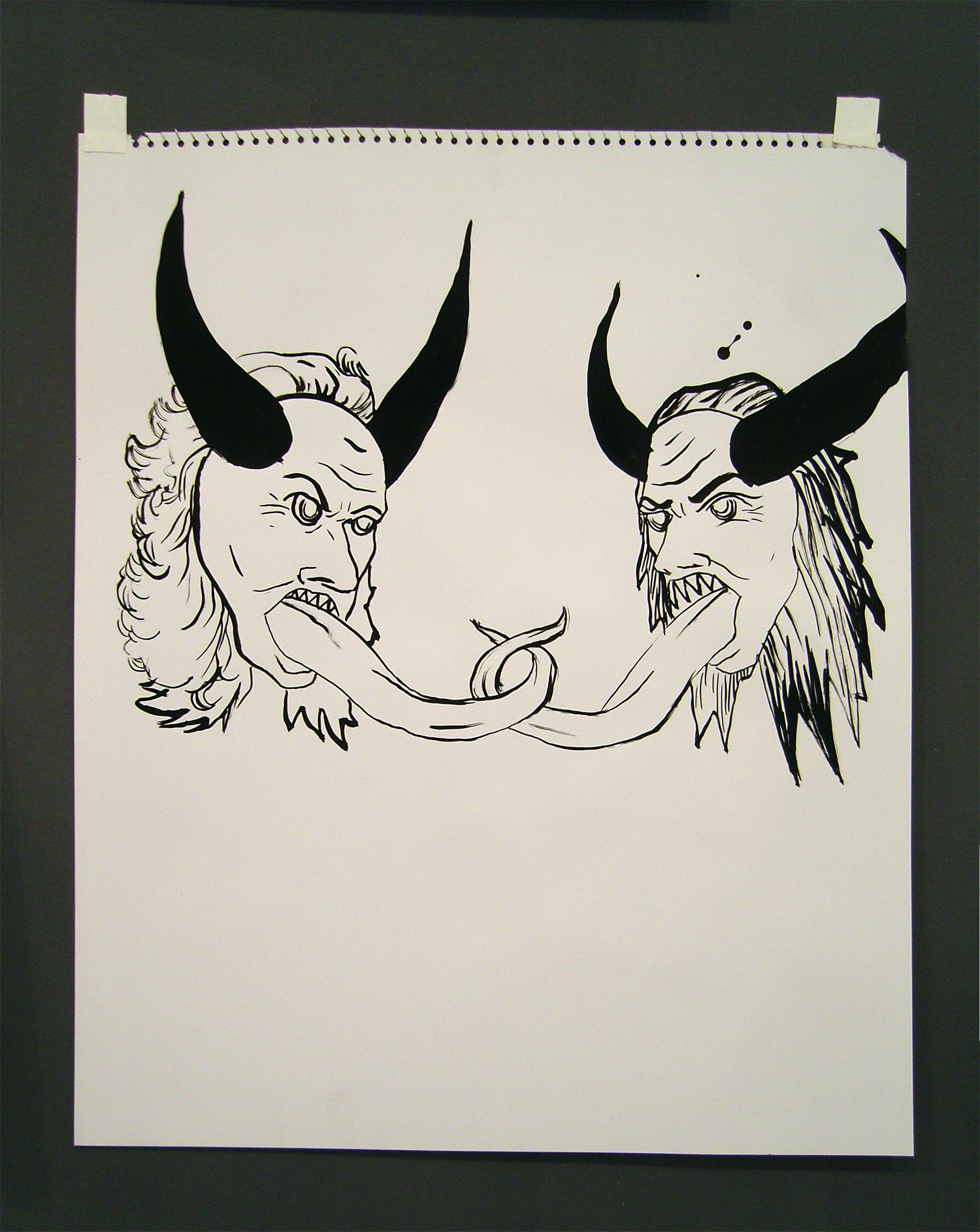 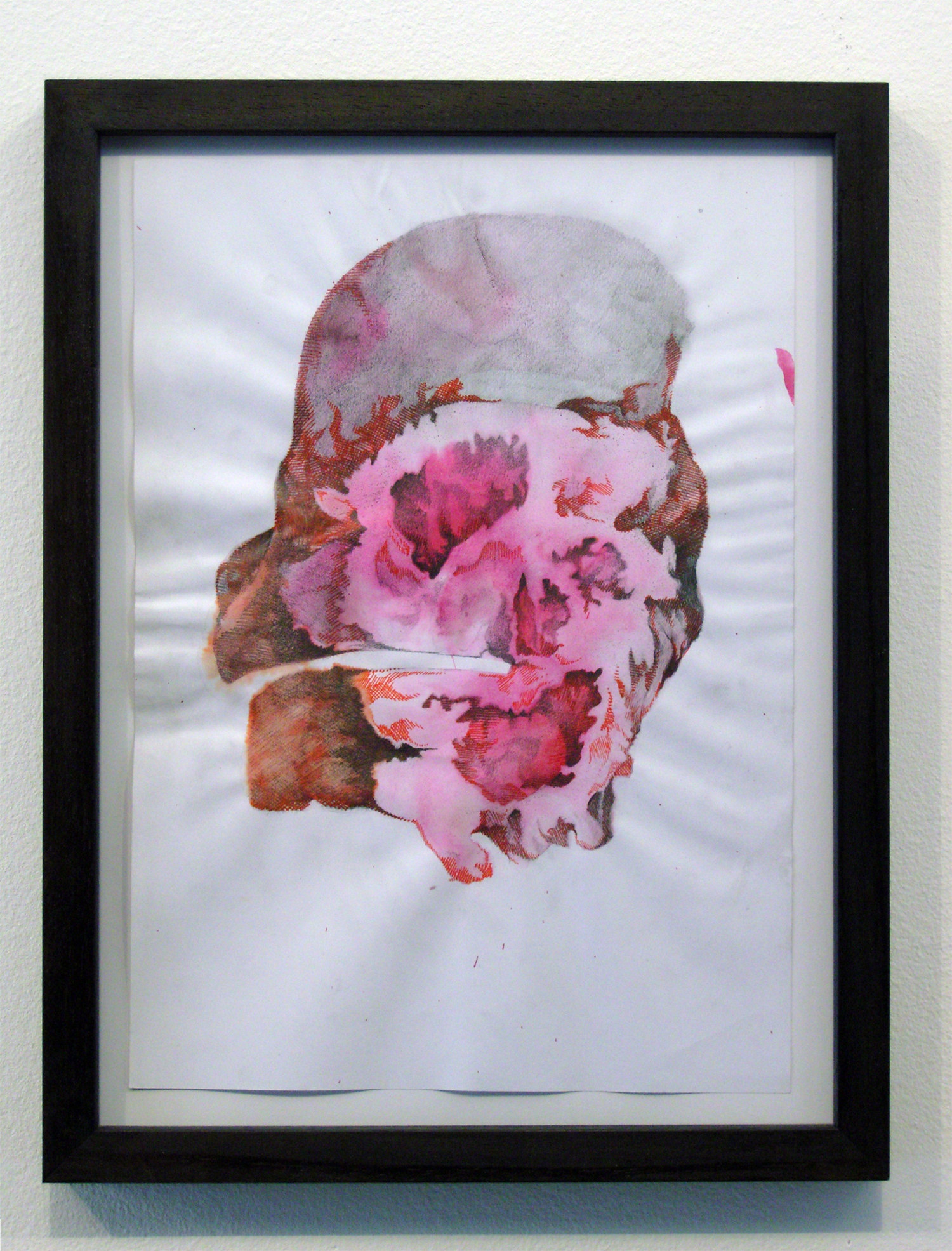 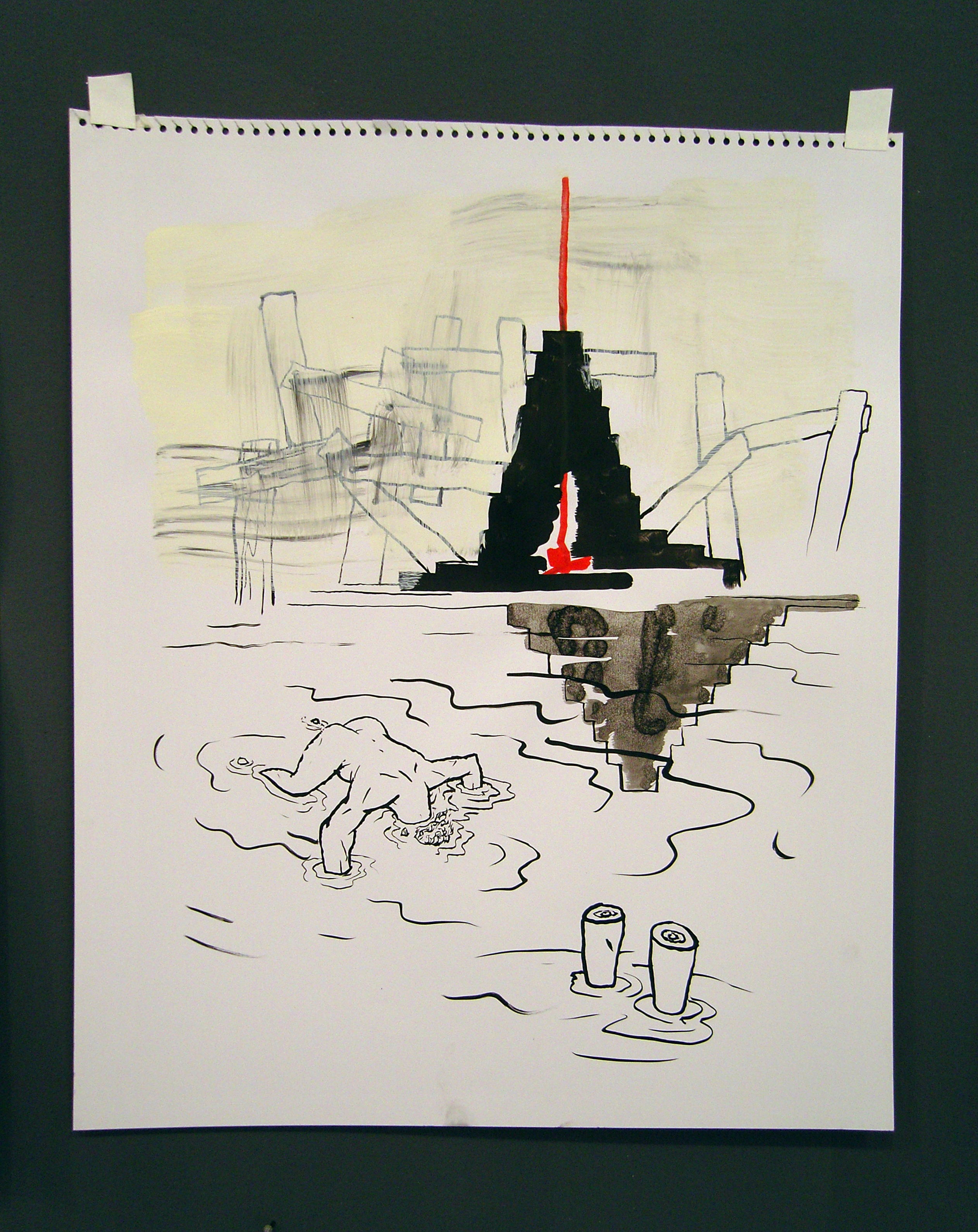 The overriding theme of Marcus Knupp‘s works might best be described as a clash of reality. Knupp is a painter who uses the canvas as a catalyst for dreaming up surreal worlds, mocked up futuramas and distorted, drug-induced dreamscapes that seem to occupy numerous realities at once. Knupp constructs his worlds intuitively from a vast array of source material known to anyone who is familiar with American cable TV, comic books, architectural history, popular music culture, and sometimes porn. This found imagery is combined in multi-layered and labyrinthine paintings, that provide multiple trajectories into space and time and criss-cross various levels of abstraction - a surrealist trick, one might assume - seducing viewers to enter and eventually even loose themselves within the mystery of his worlds.

The exhibition *Hot Pink Lemonade* strikes increasingly darker and dystopian tones. Backgrounds, typically bleak and eerie landscapes, evoke a heightened sense of depth, fading away to the point of being Tanguy-abstractions. These vague, minimalist landscapes, are interspersed and accentuated by more detailed elements – fragmented architectural forms, geometries and comic or cartoon-like objects reminiscent of theatre props or architectural models. Why is Knupp so fascinated with the fake appearance of theatrical props, abstract architectural models and silhouettes? For his new body of work, the artist has repeatedly referred to a notion of landscapes found in films such as The Wizard of Oz and Full Metal Jacket, landscapes marked by a sense of artificiality and an unnatural lack of detail. By thinking of the freeze-frame heavens in The Wizard of Oz or Full Metal Jacket‘s Vietnam-war “themeparks”, there is a way in which those overtly constructed sceneries do ontological violence to their inhabitants, transliterating the actors to some sort of ultra-realistic, alien intruder.

Similarily, the comic like heroes of Knupp‘s world stand queer within the dystopian environments they are placed in, telling a story of isolation and dislocation. Maybe, these are the spectres of a long comedown after the highs, dejected zombies that longed for a bubble gum land of eternal youth and got lost on there way back? Maybe, when spotted on the junkyard of civilization, these fragments bear the echoes of a laughter that pulls us back onto stable ground. Knowing that comedy has always found a way to disarm and surreptitiously subjugate those demonic forces, which threaten us most.