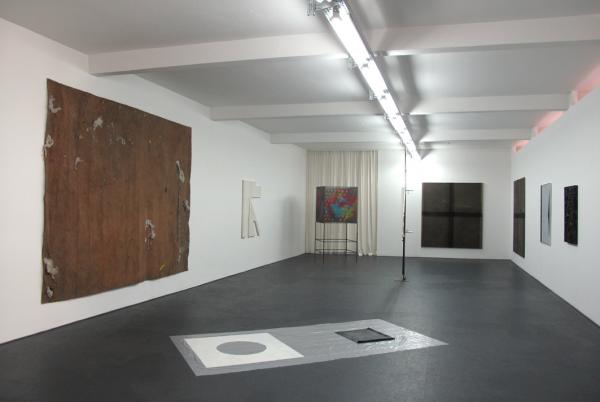 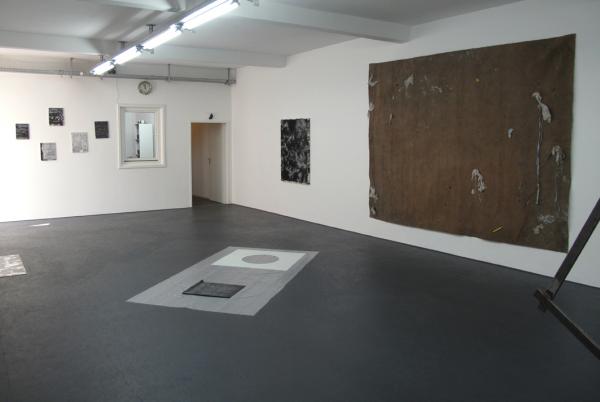 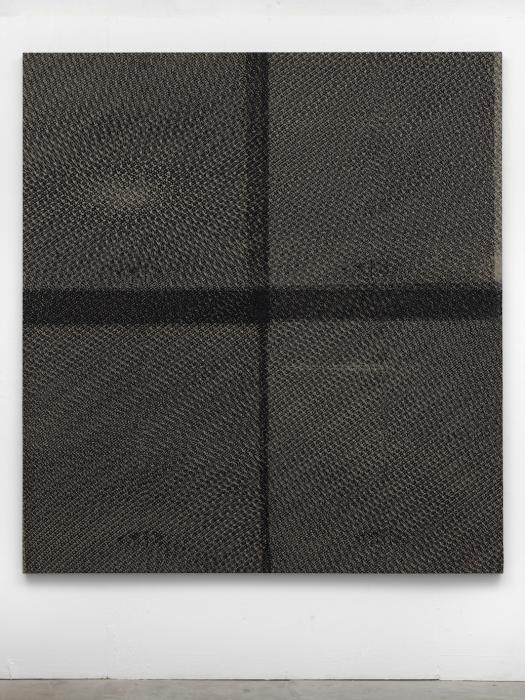 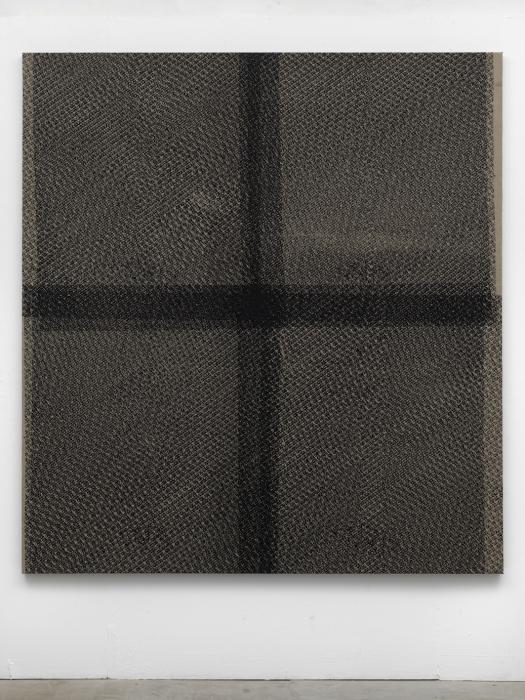 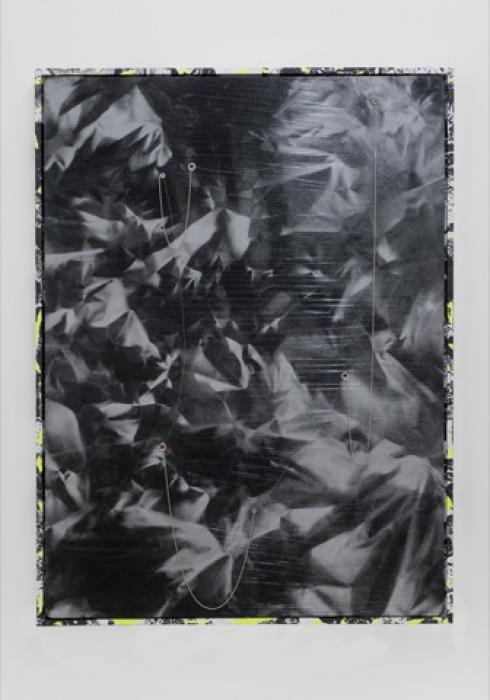 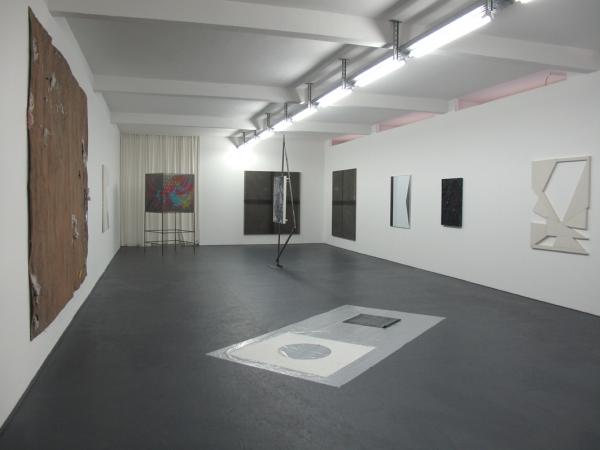 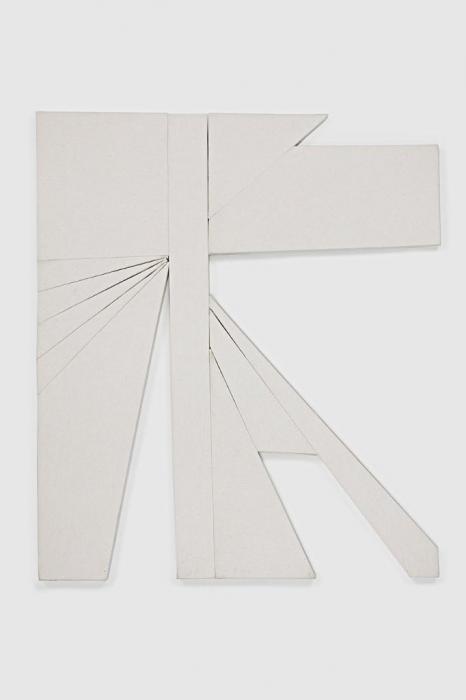 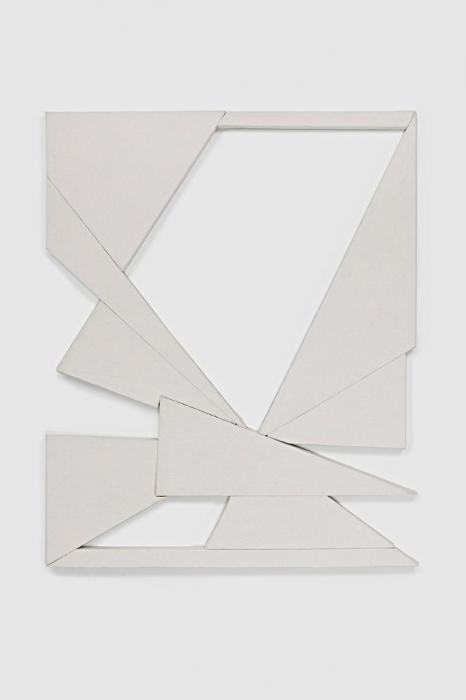 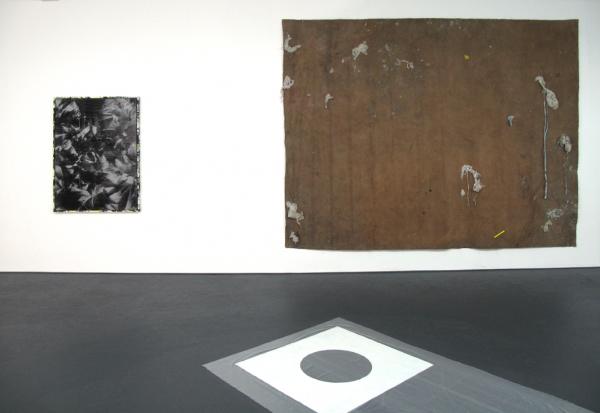 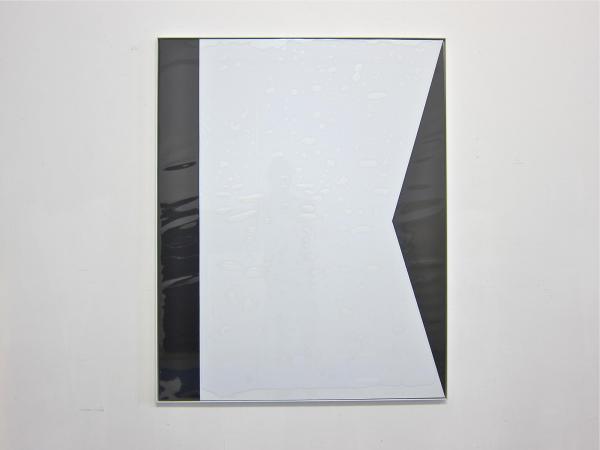 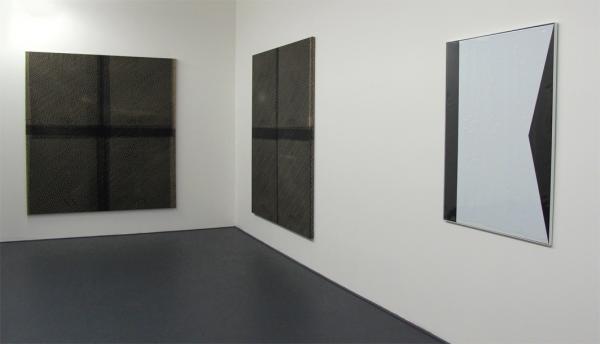 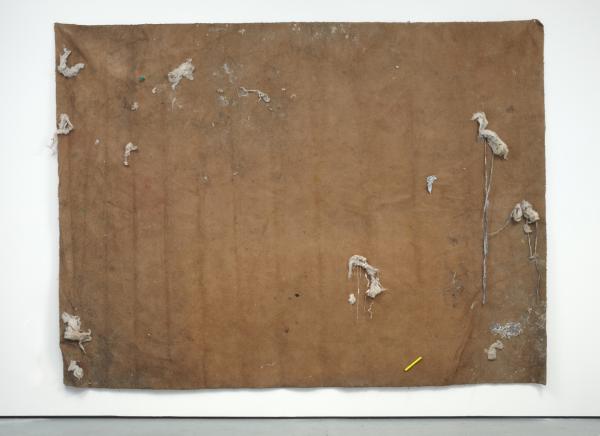 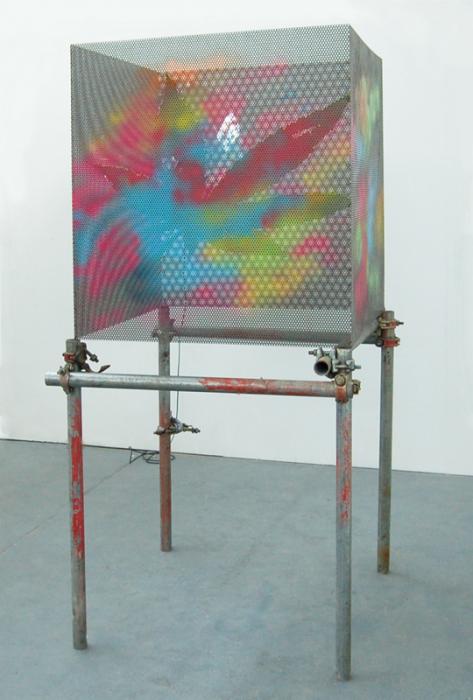 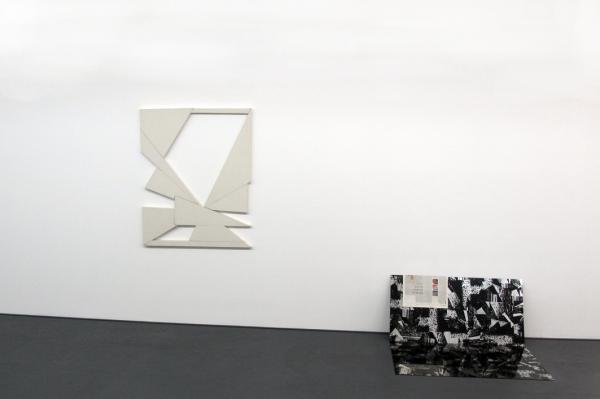 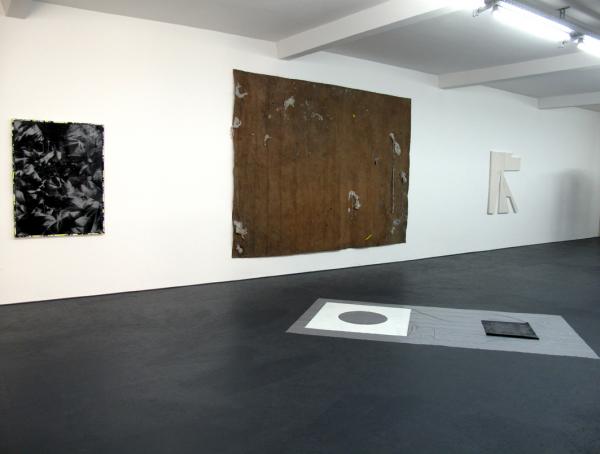 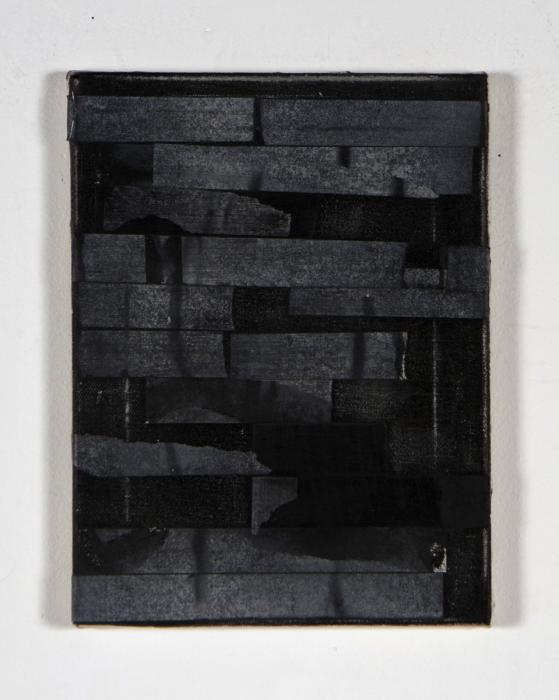 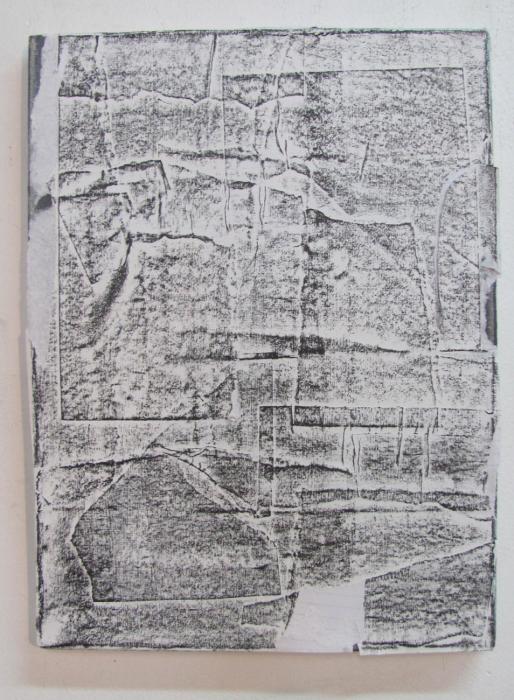 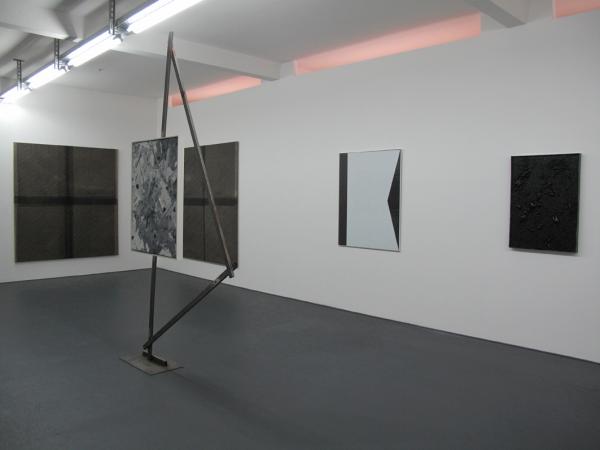 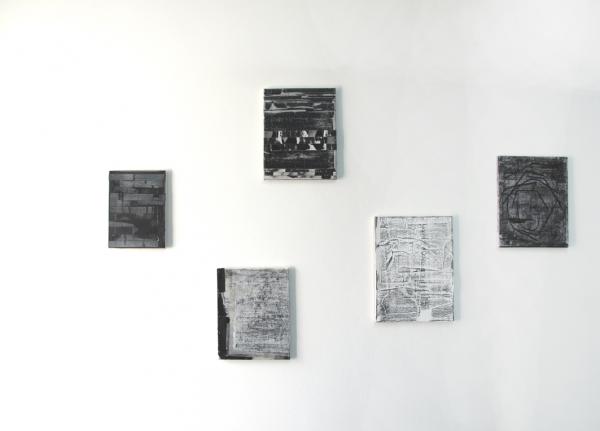 INFO
When a galley reaches a certain age it must make some choices. The innocent romance of being a part of the ever expanding art world begins to develop into a more substantive expression of discovery and a proclamation of an individual space and voice. As the gallery approaches its fifth year of existence, we realize we have proverbially outgrown our old clothes - and it is time to try on something new. With the group show Not Safe For Work, featuring Chris Succo, Dan Shaw-Town, Ed Fornieles, Nazafarin Lotfi, Roman Liška and Wyatt Kahn, DUVE Berlin opens our new gallery space in Kreuzberg, and while the location is new, the art is a reaffirmation of the DUVE Berlin aesthetic and the inherent correlations and connections that it affords.
The show is made up of work that is minimal, trashy, conceptual and techy, but not every piece is definable with all, or even most, of these terms. All of the artists are young (under 35) and have grown up with nearly unlimited exposure to art and social movements. They are of the ilk that no longer associates themselves strongly with schools and movements, but rather participates in the contemporary “l'art pour l'art'' aesthetic: socially aware, clever, and skillfully created - but not philosophically cohesive. Instead of trying force the artists’ intentions into a box that does not fit them, we leave the inferred connections open and for the audience to determine (if they even exist).
Not Safe For Work is an attempt at recognizing the fluidity of artists’ own self-classification. More than ever artists are willing to work from a more personal place, as opposed to aligning themselves with a group. The work in the show is indicative of this opening and what this change means for the possibilities of future discourse between the artists and works. While the conversation is not necessarily as focused, it is more dynamic. Black and white distinctions, such as minimal and baroque, are not as meaningful as they once were. The new group show is more flexible as a result.The question then becomes how do we justify our inclusion and exclusion of work into a clear and thoughtful show? Is it enough to claim that, for us, the works are appealing together? For the moment, at DUVE Berlin, the answer is a resounding, “Yes”.
When developing the framework for Not Safe For Work, we found our desire to include certain artists curtailed by our own inflated artspeak. So instead of limiting the work in the presentation, we opened up the concept to meet the much broader “it looks good to us” justification. The result: a five artist show, some of whom are a part of the gallery as well as some whose work we have long admired, playing off the interaction between the individual works - almost creating a fluid narrative between them as a whole, which is then interrupted by one piece or another. The harmony and dissonance is indicative of the overall direction the gallery is taking as we leave our infancy and look towards our first decade of existence.
Not Safe For Work is reliant on the fact that we believe the works all looks great together, and despite the lack of a firm positional statement, we believe that positive aesthetic experience trumps all.

Chris Succo (b. 1979 in Düsseldorf, lives and works in Düsseldorf) recently completed his MA in Sculpture at the Royal College of Art in June 2012. He earned his Meisterschueler from Prof. Georg Herold in 2008 and his Diploma from the Academy of Fine Arts, Düsseldorf in 2009. Succo has shown throughout Europe including solo exhibitions at DUVE Berlin, Berlin; Rod Barton Gallery, London (upcoming); fiebach, minninger, Köln; Tidens Krav, Oslo (upcoming), Kunstverein Düsseldorf; and Kunstverein Schichtwechsel, Liechtenstein. Recent group exhibitions include Brand New Gallery in Milan, City Gallery of Prague, Vigo Gallery in London, and 304 Days in Vancouver, Canada.

Dan Shaw-Town (b. 1983 in UK, lives and works in Brooklyn, NY) earned an MFA in Fine Art from Goldsmiths College, London and received his BA in Fine Art (with honors) from the London Metropolitan University. His work is has been presented internationally in solo exhibitions at International Art Objects (formerly China Art Objects), LA, Seventeen in London, Unosunove in Rome and Gallery-C at Team Gallery, New York. Group shows include *Surface/Tension* at Lisson gallery, London in 2011 with Kitty Kraus and Gedi Siboni; at Room East, New York with Ben Schumacher; MOT Int., London; and Pianissimo, Milan.

Nazafarin Lofti (b. 1984 in Tehran, Iran, lives and works in Chicago, IL) received a Master of Fine Arts from School of the Art Institute, Chicago in 2011 and a Bachelor of Arts in Industrial Design from the University of Tehran, Iran. She has had solo shows at Brand New Gallery in Milan (upcoming), Tony Wight and Autumn Space, both in Chicago. Her work has been shown in group exhibitions internationally.

Roman Liška (b. 1980 in Hamburg, lives and works in London. UK) is currently in his final year of study in the Royal College of Art, London working towards a Master of Arts, Painting degree. In 2011 he received his BA in Arts Practice from Goldsmiths College, London. He has solo shows upcoming at DUVE Berlin, Rod Barton Gallery, London and Brand New Gallery, Milan. Past group exhibitions include Dia:Macon, Brooklyn; Cul De Sac Gallery, London; and N/V_Projects, Peckham, London.

Wyatt Kahn (b. 1983 in New York, lives and works in New York, NY) graduated in 2012 with an MFA from Hunter College, New York. He received his BFA from School of the Art Institute, Chicago in 2006. He has shown internationally including solo exhibitions at Hannah Barry Gallery in London,, as well as 39 Great Jones in New York and group shows at Michael Kohn Gallery in Los Angeles; Room East, New York; Rockoon, Los Angeles; Number 35 Gallery, New York; and Alogon Gallery, Chicago.